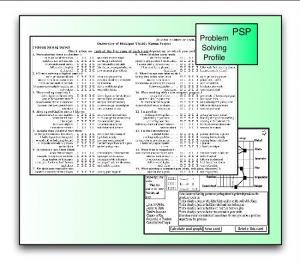 The Problem Solving Profile (PSP) is a tool to help evaluate and/or assess instructional projects or courses that may have technology components or are technology enabled.
The PSP contains questionnaires of one page length, or a short web survey, that measures proclivities of problem solving styles that learners exhibit.
This site contains PowerPoint presentations on the use of the PSP, sample PSP's, research papers on the use of the PSP and a Frequently Asked Question page (FAQ).
The PSP has been used at the University of Michigan since the early 1990s and has been used for determining groups of learners problem solving profiles and then using the information to help modify and improve learning processes. It has been used in evaluating:

About the Problem Solving Profiles (PSP) 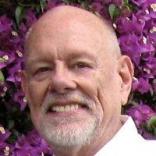 Carl Berger is Professor and Dean Emeritus at the University of Michigan, School of Education.

Research projects include design and evaluation on the CoLabNet Project, CARAT/Rackham fellowship evaluation. He was the major designer and analyst of the Surveys of Information Technology Use by Faculty and Students at the University for over 20 years. In addition to work on evaluation and assessment of student and faculty use of technology, he works on displaying research data in colorful graphic and network forms for ease of analysis and decision making.

Professional activies include editor at large of Academic Intersections, member of the advisory board of MERLOT, former Chairman of the Board of IMS Global Learning Consortium, from its inception in 1995 to 2004, member of the board of directors of the New Media Centers from 1994 to 1998 and member of EDUCAUSE Center for Applied Research, The EDUCAUSE Learning Initiative and the National Association for Research in Science Teaching.