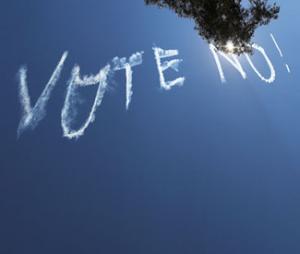 Image adapted from aaardvaark under a Creative Commons license: BY-NC.

This course seeks to make students sensitive to and articulate about the ways in which moral and political values come into play in the American policy process, particularly as they affect non-elected public officials who work in a world shaped by politics. Topics covered include the tensions between ethics and politics, an introduction to various moral theories that figure in contemporary policy debates, a consideration of the principal values that animate American politics, and issues and dilemmas in professional ethics. The course addresses issues that affect international as well as U.S. policy and politics.

Nature of the Course

The task of policy analysis is sometimes viewed as a technician’s task—a matter of using analytical tools to figure out the most effective way to achieve policy goals. That is certainly an essential part of policy analysis, but it is important to be aware of what it leaves out. It leaves out any attempt to say which goals public policy should try to serve in the first place. To care about public policy is to care about whether policies are good or bad. But good or bad in what sense, in what respects, according to what perspectives or values?

These questions are not answered once and for all when nations are founded. They are a constant part of public policymaking, and finding better ways to answer them is often the most important thing anyone can do to improve public policy. Sometimes, of course, we can trace the failures of public policy to failures of technology—to our inability to identify effective ways of pursuing policy goals that no one doubts are the right ones. But often the failures of public policy result from something more fundamental—from our inability to identify what the goals of public policy should be in the first place, or from the incomplete or inadequate ways in which we have understood them. These failures arise when we have paid too little attention to values like justice, rights, and equality, or when we have failed to understand them in appropriate ways.

Values, Ethics and Public Policy focuses on some of the many ways in which these political and moral values come into play in public policy. It is based on the belief that an understanding of the complex relationship between morality and politics is an important part of the foundation of successful public policies. The course seeks to develop students’ abilities to think reflectively and argue persuasively about the moral and ethical dimensions of politics, public policies and the careers in public affairs. It is a course about learning to make moral arguments by studying how others make moral arguments. This task is a challenging one, and we will rarely arrive at definitive answers to the difficult questions we raise. We will, however, learn how to ask these questions with greater clarity and insight, and we will become familiar with the answers that others have given to them.

Class time will usually be devoted to student presentations and class discussion. On most days the class will be divided into two groups and we will meet in different rooms. Regular attendance and participation in class discussions are expected of all students. Students will be expected to have completed and reflected upon the readings prior to class and to have given thought beforehand to handouts/emails containing topics for class discussion.

Productive class discussions are a key to a successful course and students will be expected to participate regularly. I recognize that some students find it difficult to speak publicly in large classes. This is a skill you should work on, since speaking publicly in large groups is important in most policymaking contexts. At the same time, participation can take many forms, including some that occur outside of class:

The course requirements include the following writing assignments:

Grades will be determined using the following weights:

If you believe you need an accommodation for a disability, please let me know as soon as possible. As soon as you make me aware of your needs, we can work with the Office of Services for Students with Disabilities to help us determine appropriate accommodations. I will treat any information you provide as private and confidential.

Influenza Preparedness at the University of Michigan

As you are aware, there are good reasons to worry about an H1N1 flu pandemic this fall. The University has established a website that will provide up-to-date information on policies and good practices should the flu strike campus. Please check it if the need arises: http://www.vpcomm.umich.edu/pa/key/flu-H1N1.html

Class 1: September 8: Introduction and Overview of the Course

Benjamin Cardozo, “An underlying philosophy of life,” from The Nature of the Judicial Process

William Galston, “An Old Debate Renewed: The Politics of the Public Interest,” Daedalus,

Stephen A. Garrett, “Political Leadership and the Problem of ‘Dirty Hands”,” Ethics and

Michael Walzer, “Can There Be a Moral Foreign Policy?” in J. Herir, et. al. (Eds.), Liberty

Stephen Darwall, “Theories of Ethics,” in Frey and Wellman, A Companion to Applied

Henry Greeley, et. al., “Toward Responsible Use of Cognitive-Enhancing Drugs by the

David Thacher.  “The Casuistical Turn in Planning Ethics”, The Journal of Planning Education and Research, Spring 2004

Harold T. Shapiro and Eric M. Meslin, “Ethical Issues in the Design and Conduct of Clinical

Dan Brock, “Utilitarianism,” in Tom Regan and Donald VanDeVeer, And Justice for All

Peter Railton, “Benefit-Cost Analysis as a Source of Information about Welfare,” in

(optional) Michael Gerber and Jonathan Schwarz, “From the Desk of Larry Summers,” The

John Rawls, A Theory of Justice

Christopher Jencks, “Whom Must We Treat Equally for Educational Opportunity to be Equal?” Ethics, Apr 1988

“Minimum Ethical Criteria for All Post-Kyoto Regime Proposals: What Does Ethics Require

of a Copenhagen Outcome?” ClimateEthics.org, Dec 2008

Class 14: October 27: Rationing During a Pandemic

Ezekiel Emanuel and Alan Wertheimer, “Who Should Get Influenza Vaccine When Not All

Françoise Baylis, “How Much Vaccine to Order and Who Gets It?” Globe and Mail, Aug 5,

Class 19: November 12: Increasing the Supply of Organs for Transplantation

“Organ Procurement: What Are the Questions?” President’s Bioethics Council

Kevin B. O’Reilly, “Other Nations, Other Answers: In Search of a Solution to the Organ

IV.   THE ETHICS OF PRACTICE

ICMA Code of Ethics With Guidelines

Jan Blustein (and others), “Toward a More Public Discussion of the Ethics of Federal Social Program Evaluation,”Journal of Policy Analysis and Management, Fall 2005

John Chamberlin is Professor of Public Policy, Gerald R Ford School of Public Policy; Professor of Political Science, College of LSA; and Director, Office Provost and Executive Vice President Academic Affairs. Professor Chamberlin's primary research interests are in social choice theory (representation, voting systems for multi-candidate elections) and ethics and public policy. His current projects include an examination of proposals for reforming political redistricting and an investigation of the effects of including non-issue preferences in spatial models of elections.

Image adapted from aaardvaark under a Creative Commons license: BY-NC.