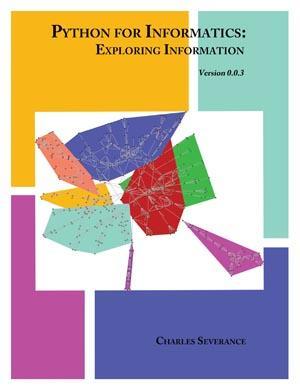 This course is no longer taught at the U-M School of Information. These materials are from an older iteration of the course.

Python for Informatics: Exploring Information provides an Informatics-oriented introduction to programming. The primary difference between a computer science approach and theInformatics approach taken in this book is a greater focus on using Python to solve data analysis problems common in the world of Informatics. The book is an open textbook and is based on the open book titled, Think Python: How to Think like a Computer Scientist by Allen B. Downey.

Also Available On: iBooks, Amazon, CreateSpace, and the Kindle Store. 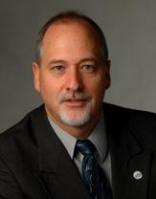 Charles is currently a Clinical Associate Professor and teaches in the School of Information at the University of Michigan. Charles also works with the IMS Global Learning Consortium as the IMS Affiliate Coordinator. Previously he was the Executive Director of the Sakai Foundation and the Chief Architect of the Sakai Project.
Charles is the author of the book, "Using Google App Engine" from O'Reilly and Associates. He also wrote the O'Reilly book on High Performance Computing. Charles has a background in standards including serving as the vice-chair for the IEEE Posix P1003 standards effort and edited the Standards Column in IEEE Computer Magazine from 1995-1999.
Charles is active in television and radio as a hobby, he has co-hosted several television shows including "Nothin but Net" produced by MediaOne and a nationally televised program about the Internet called "Internet:TCI". Charles appeared for over 10 years as an expert on Internet and Technology as a co-host of a live call-in radio program on the local Public Radio affiliate (www.wkar.org).
Chuck's hobbies include off-road motorcycle riding, karaoke and playing hockey.  more...

Demos
Texts
Back to Top