History 373 - History of the American West

Image from "Reports of Explorations and Surveys, to ascertain the most practicable and economical route for a railroad from the Mississippi River to the Pacific Ocean." View on the Internet Archive

This course examines both the “place” and the “process” of the history of the U.S. West, a shifting region of Native North America that was the object first of Spanish, French, English, and then American expansionism, and finally as a distinct region with a unique relationship to the U.S. federal government, distinctive patterns of race relations, and a unique place in American cultural memory. While this course is a general survey of the west as a region, it willl examine the west as both a place and as an idea in American culture and in the popular imagination. Accordingly, it will spend some time in the east exploring the backcountry frontier during the first years of the republic when the west meant the Ohio Valley and Kentucky, as well as focusing on the historical development of the trans-Mississippi west stretching from the Great Plains to the Pacific Ocean. Using films, monographs, memoirs, letters, and academic articles and literary fiction it will explore the struggle for land, resources, identity, and power, which have characterized the west and its role in the history of the American nation-state.

This course is part of the 2011-2013 MELO 3D project, supported by an LSA Instructional Technology Committee New Initiatives/New Infrastructure grant.

The Interactive Syllabus is available within the Sessions tab or by visiting PB Works. 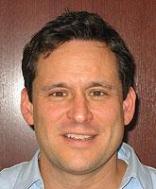 Michael Witgen Ph.D., is an Associate Professor and Director of Native American Studies and an Undergraduate Advisor for the NAS minor in the College of Literature, Science, and the Arts. His interests include American Indian and early American history, the North American West, borderlands history, and pre-confederation Canada.

Image from "Reports of Explorations and Surveys, to ascertain the most practicable and economical route for a railroad from the Mississippi River to the Pacific Ocean." View on the Internet Archive